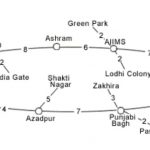 Ring Road or Inner Ring Road is basically a 55 km long road in Delhi which is in the shape of a Ring. Ring Road is majorly signal-free except for a small number of crossings at some points. This road features three or even four lanes at some places in each direction. While most of the stretch on Ring Road is already signal free but efforts are being made to make it completely … END_OF_DOCUMENT_TOKEN_TO_BE_REPLACED 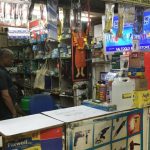 Old Lajpat Rai Market is Asia’s biggest wholesale electronics market in Old Delhi. Situated right opposite to the Red Fort (Lal Quila), it is one of the oldest markets in Delhi. Majority of the shops here were established even before India’s partition. During the Mughal era, Old Delhi was an important commercial center and most of its contemporary bazaars were situated in … END_OF_DOCUMENT_TOKEN_TO_BE_REPLACED 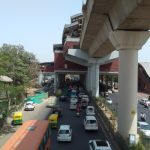 The district of South-West Delhi was created in 1997. The borders of the district were defined to touch the borders of West Delhi district to its north, Central Delhi to its northeast, Gurgaon to its south, Jhajjar to its west and New Delhi and South Delhi districts to its east. Dwarka, Najafgarh and Kapashera are three subdivisions of this district. While Kapashera is … END_OF_DOCUMENT_TOKEN_TO_BE_REPLACED