You are here: Home / Information / The Glenlivet Price in Delhi

Smooth, fruity, complex, stylish, fascinating, and classic all describe this The Glenlivet whisky. First-Class Malt is the name of the first whiskey almanack dedicated to malt whiskey. Quite rightly, one of the malts with the highest sales volume in the world. This classic malt, which exemplifies The Glenlivet’s hallmark style, spends some of its maturation in traditional wood before moving to a box of American oak, which imparts vanilla flavours and gives the whiskey its signature smoothness. In Delhi and Gurgaon, The Glenlivet is available in private liquor shops, duty free shops at Airport (Terminal 3/ T3) etc. 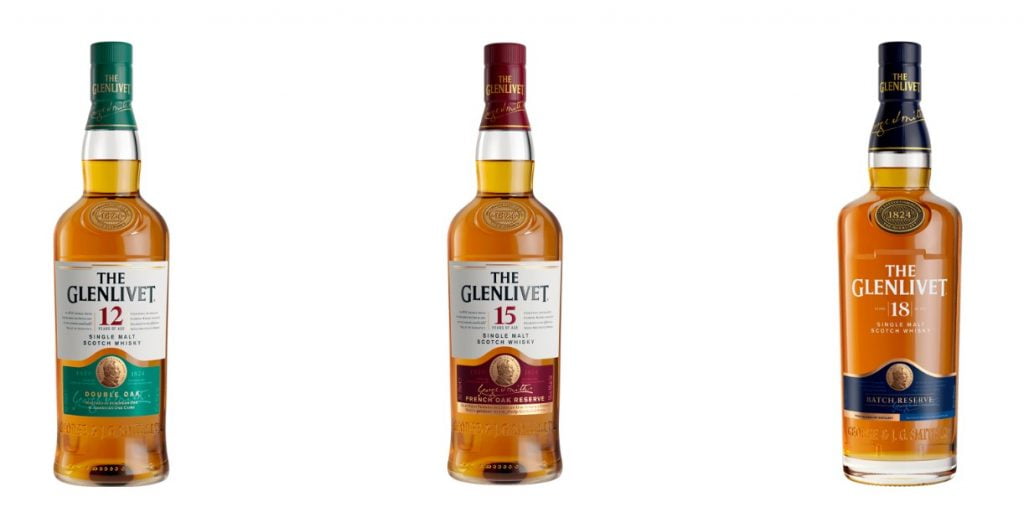 There aren’t many malts as refreshing as the Glenlivet 12. Despite being a “gateway” Glenlivet, the 12-year-old packs a zesty punch, with a pleasant bouquet of grapefruit lemon and luscious citrus notes that linger long after the glass is empty. Distillery producing single malt Scotch whisky; located in or near Ballindalloch, Moray, Scotland. It’s where the Glenlivet whisky gets made, and it’s the oldest legal distillery in the parish of Glenlivet. It first opened its doors in 1824 and has been going strong ever since. All through the Great Depression, the distillery operated normally; it was only shut down when World War II broke out. Since World War II, the Glenlivet distillery has expanded to become one of the world’s largest producers of single malt whisky. When it comes to single malt whisky, Glenlivet is number one in the United States and number two worldwide.

The Glenlivet comes in several varieties, which are as follows :-

Pricing for The Glenlivet Whisky in Delhi is as follows :-