You are here: Home / Information / 10 Best Brandy Brands with Price in Delhi

India is one of the world’s largest producers and consumers of spirits, measured by volume. This is the Year of Brandy! The drinking culture in India is rapidly expanding. The proliferation of eating and drinking establishments is to blame for this. So, let’s use this article to educate ourselves on the finest brandies available in India. 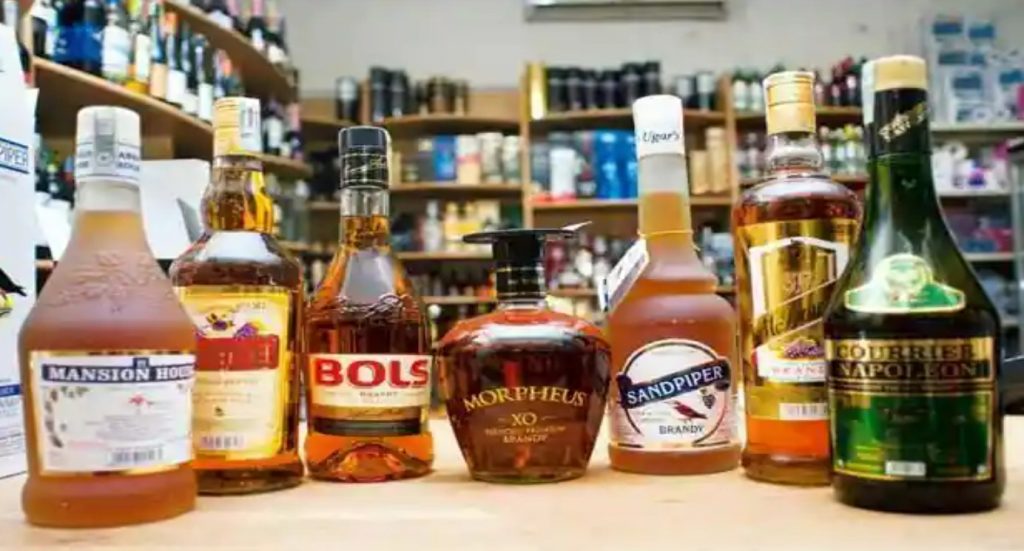 The company was founded in 1724 and is headquartered in France. When it comes to Cognac production in India, Remy Martin dominates the market. Remy Martin’s rum is aged for 10–37 years in oak barrels after being traditionally distilled in small copper stills. Remy Martin V, Remy Martin VSOP, Remy Martin XO, and Remy Martin CLUB are a few additional varieties sold in India. You can mix the brandy with apple juice or cider. The alcohol content of Remy Martin is 40%. Remy Martin Brandy costs about Rs. 9000 for a 750 ml bottle in India.

This French brandy has been around since 1828, but it’s best known as “The Cognac of Napoleon” because it was once the Emperor’s preferred libation. The flavour reminds one of freshly ripened fruits and springtime blossoms. Courvoisier is one of the top four cognac producers in the world and a top brandy in India. The addition of Courvoisier to hot cocoa or tea infusions elevates the flavor. Courvoisier has a 40% alcohol content. The approximate cost of a bottle of Courvoisier Brandy in India is Rs. 8000.

This is another another product of United Spirit Limited, alongside Mc Dowell’s No. 1 Brandy. The spirit’s honey-sweet flavour and fragrant perfume have contributed to its rising popularity. Honey Bee is the booze for you if you’re seeking for something that doesn’t break the bank but yet tastes great. To improve the flavour, try mixing in some club soda or sweet and sour mix. HoneyBee Brandy has a 42.8% alcohol by volume. For a 750ml bottle of HoneyBee Brandy in India, you can expect to pay around Rs. 450.

The appropriate brandy has its roots in India and is one among the most popular alcoholic beverages in the country. United Spirit Limited’s Mc Dowell’s No. 1 brand. Its strong aroma and divine flavour have contributed to its widespread acclaim. When it comes to liquor, McDowell’s is a popular choice among Indian consumers. McDowell’s Brandy has a whopping 42.8% alcohol by volume (estimated average). The current rate in India for a 750ml bottle of Mc Dowell’s No. 1 Brandy is around Rs. 460.

Hennessy is widely regarded as the finest brandy and cognac in India. Richard Hennessy established this highest-selling cognac brand. To be sure, the upper classes of the 18th century drank their fair share of this liqueur. This is because of the incomparable flavour and enticing scent it possesses. Cranberry juice or ginger ale can be added for extra taste. Hennessy Brandy contains 40% of Alcohol Hennessy Brandy Price in India: Rs. 7000 (approx.) for 750ml.

RadicoKhaitan is the company responsible for producing this label in Delhi. There’s a reason it’s so popular: this brandy is reasonably priced and tastes great, making it one of the greatest brands in India. Orange bitter, lime juice, and apricot complement the flavour of Old Admiral. 40% Alcohol by Volume in Old Admiral Brandy. In India, a 750-ml bottle of Old Admiral Brandy will set you back around Rs. 360.

John Exshaw, a French brandy, is widely considered to be among the best in India. The aromatic texture and flavour are propelled by the fruit’s inherent richness in the making process. Additionally, it is widely regarded as the best brandy available. John Exshaw is so popular in India that he can be heard playing in just about any bar or pub in the country. John Exshaw recommends mixing this excellent brandy with chocolate milk or freshly grated nutmeg. There’s 40 percent booze in a bottle of John Exshaw brandy. John Exshaw Brandy costs approximately Rs. 300 per 700 ml bottle in India.

This drink is a favourite of the younger generation because it satisfies their dual desire for quality and low cost. The top brandy brands in India, such as Golden Grapes (GGB), have a fruity flavour and unusual texture. You can improve the flavour by adding coffee or heavy cream. The alcohol content of Golden Grape Brandy is 40%. The 750ml bottle of Golden Grapes brandy costs about Rs. 260 in India.

Tilaknagar Industries produces their own brandy. The clear golden tint of the Courrier Napoleon comes out of maturity, and it tastes with the hit of vanilla, honey, and matured oaken tones. You can increase the flavour of this great brandy, by adding a bit of rum or coffee-flavored liquors can do wonders for Courrier Napoleon. The share of brand profits is kept secret. The approximate cost of a 750 ml bottle of Courrier Napoleon brandy in India is Rs. 850

When it comes to Indian brandy, Clovis is one of the oldest and most prestigious names in the business. You can get high on the weekend with this hot and solid beverage. Clovis contains potent and unique ingredients. Cognac and grape brandy from France are combined with a splash of Indian rum to make this drink. Because it contains the finest flavors, it is among the best brandys available in India. A 750ml bottle of Cognac will set you back Rs. 1250 in India. That’s a 40% alcohol by volume.