You are here: Home / Information / Black and White Whisky Price in Delhi

To this day, Black & White whisky remains a time-honored favourite. In the early 1880s, James Buchanan founded the company, which was originally known as Buchanan’s Blend. Buchanan’s House of Commons blend was first created for sale in the House of Commons Bar. A black bottle with a white label served as the packaging. 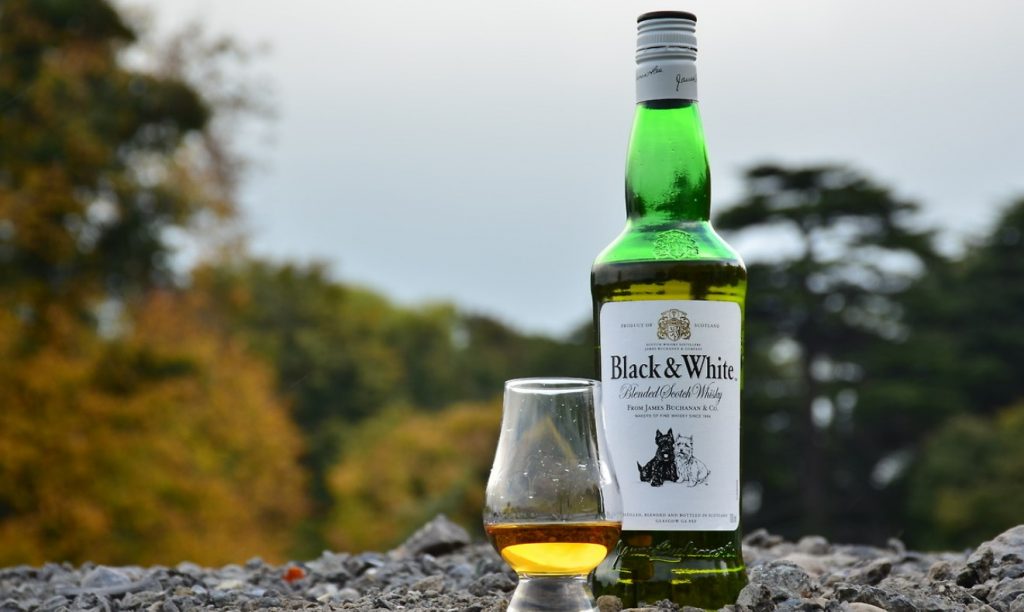 The Scotch whisky known as “Black & White” is a mix. James Buchanan, who also started the company that made it, was based in London and is responsible for its original production. It boasts the highest market share in France, Venezuela, and Brazil and is currently available nowhere in the United Kingdom. After a sequence of mergers and acquisitions involving Dewar’s (1915), Distillers Company, and Guinness (creating United Distillers), the brand is now controlled by Diageo.  In Delhi and Gurgaon, Black and White Whisky is available in private liquor shops, duty free shops at Airport (Terminal 3/ T3) etc.

Pricing for Black and White Whisky in Delhi is as follows :-