You are here: Home / Information / All Seasons Price in Delhi

All Seasons Whisky is available in following sizes :

All Seasons Whisky is made by OASIS Group India which opened its first distillery in Indore, marking the company’s entry into the booze business. The brand now operates distilleries in Ferozepur and Bhatinda, two significant cities in Punjab. All Seasons whisky is a mixed Indian whiskey that contains neutral grain spirit and imported Scottish malts. By blending the Scotch malts with locally made neutral spirit, the manufacturers are effectively able to cut the price. The whiskey brand in India with the quickest growth is All Seasons. 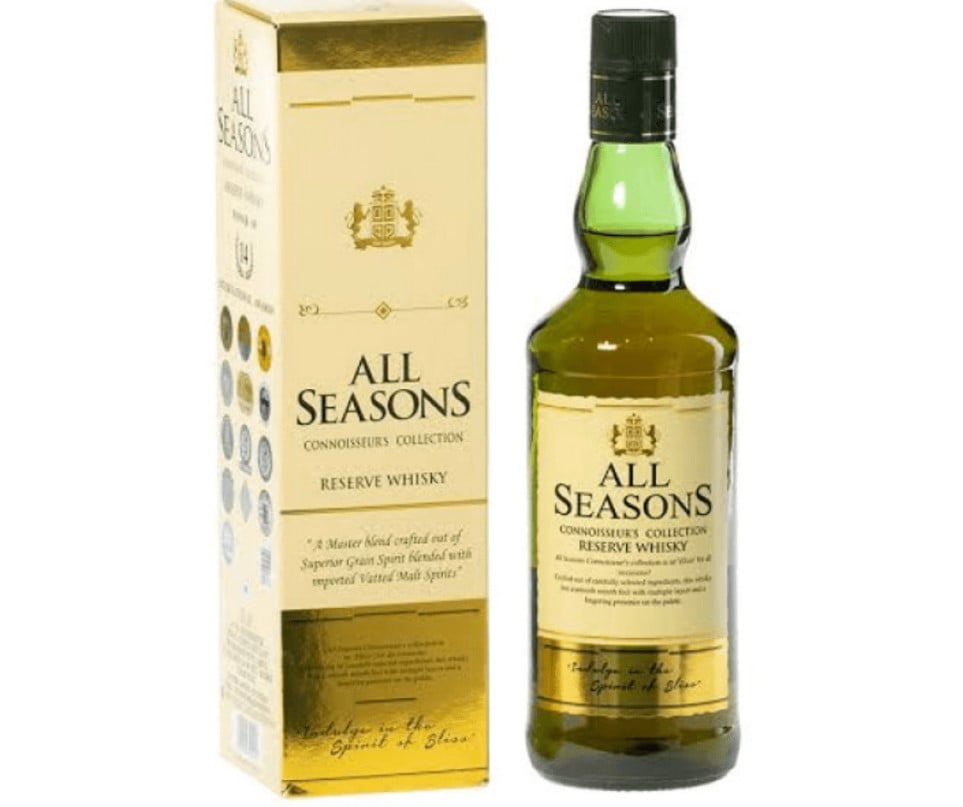