You are here: Home / Information / List of Shatabdi Trains from Delhi

Shatabdi Express trains are a line of quick passenger trains that Indian Railways runs between major cities for tourists, pilgrims, and business travellers. In India, these trains are known as Superfast. The Shatabdi Express is a day train, and it makes a daily return trip to its starting point.

In a single day, Shatabdi Expresses go to and from the locations. With the exception of the Bhopal Shatabdi, which travels across the New Delhi-Agra segment at a maximum allowable speed of 150 km/h (93 mph), Shatabdi Expresses are only permitted to travel at a maximum speed of 130 km/h. The Shatabdi trains will gradually be replaced with the newer Train 18 “Vande bharat” Trainsets, according to the Indian Railways. 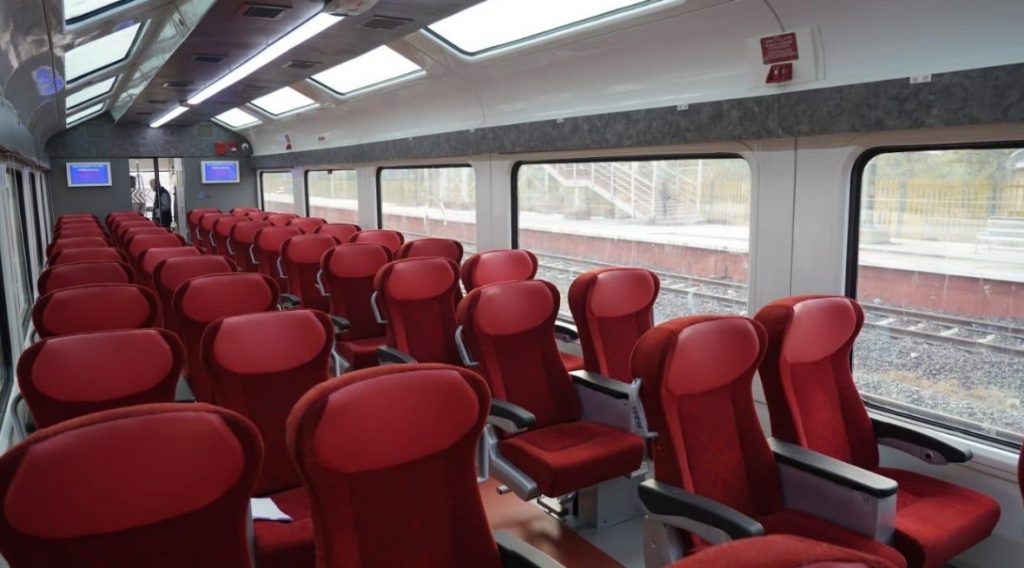 Only a few intermediate stations and quick connectivity are provided by Shatabdi Express trains. They are far more luxurious and fully air-conditioned than the majority of Indian trains. Bottled water, juice, coffee or tea, and meals appropriate for the time of day of travel are offered to Shatabdi passengers.

Shatabdi Express coaches contain just seats and no berths because they are day trains that return to the station of origin the same day. They are all equipped with AC chairs. However, there are usually one or two Executive Class carriages on Shatabdi Express trains. Anubhuti Class seating has just become available on select Indian Railways trains, and some of them include Vistadome coaches with seating and a partially transparent ceiling.

Here is the list of Shatabdi trains that start from Delhi or has a destination station as  Delhi.