You are here: Home / Information / Jack Daniels Price in Delhi

The whiskey known as “Jack Daniel’s” comes from Tennessee, USA. The Jack Daniel Distillery in Lynchburg, Tennessee, is renowned for its manufacturing. Jack Daniel’s has a rich amber colour, a scent of sweet vanilla, and flavours of orange, brown sugar, spice, and a long, satisfying finish. This distillery, founded by Jack Daniel in 1866, is the oldest in the United States and is certified as such. Each and every bottle of Jack Daniel’s Tennessee Whiskey is still made and bottled here here in Lynchburg. Jack Daniel’s has been around for 150 years, and throughout that time, it has earned a lot of prizes for excellence. In Delhi and Gurgaon, Jack Daniel’s is available in private liquor shops, duty free shops at Airport (Terminal 3/ T3) etc. 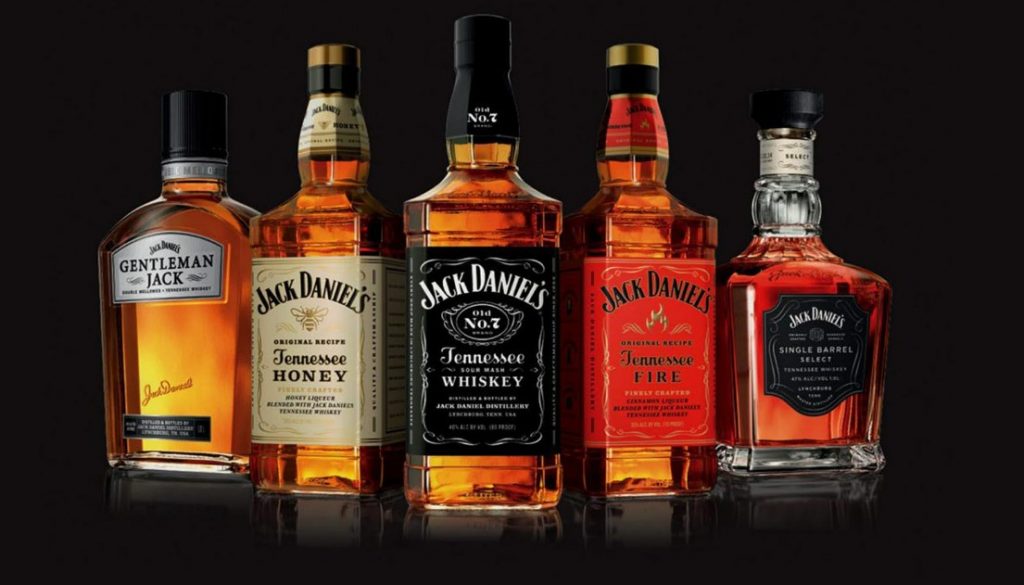 The success of the Jack Daniel’s  Old No.7 and other variants like Honey, Apple, Fire brand can be attributed to the fact that it is still produced in the same way it always has been by using the finest corn, rye, and barley malt, pure, iron-free water from the Cave Spring in the Distillery hollow, being mellowed through 10 feet of sugar maple charcoal and ageing in hand-crafted charred oak barrels. Jack Daniel’s is a smooth drinking Tennessee whiskey, not a bourbon, because of its distinctive method of production and additional procedures, such as charcoal mellowing.

Jack Daniel’s comes in several varieties, which are as follows :-

Pricing for Jack Daniel’s Whisky in Delhi is as follows :-